I hope everyone had a marvelous Christmas.  Only 361 shopping days before Christmas 2020 – better get cracking!

I had a great time again this year.  My little mother came over Christmas Eve.  She picked me up at work and we drove straight over to Fabio’s Pizza on Queenston St.  It was my first time there, but heard many great reviews.  We were quite impressed with our medium pepperoni pizza.  We will certainly be ordering from them again.  So far, the best pizza I have had in St. Catharines.

We had a great time until she went home on Boxing Day.  Of course, she was thrilled (insert eye-roll emoji here) to spend time with her wonderful granddaughters.  Abby and Mya were close by throughout our Christmas dinner.

How can you say no to those adorable faces?  For some reason, Pinky and Boo are never interested in chicken or turkey meat.  Not only were they close by over dinner, but afterwards while I leafed through some flyers on the floor.  As you can see, every cat assisted me in this endeavor:

Pinky really looks like a big ham, especially with her head hidden.  Maybe Boo ate it.  She looks guilty:

I had to take poor Pinky to the vet on Christmas Eve day.  She’s been sneezing a lot, which is sad but incredibly adorable to watch:

Despite being a little under the weather, she was still thoughtful enough to dress up for the folks at the vet:

I’m happy to report I was able to go for a flight  before Christmas.  I just went up by myself, flew around Niagara including down to Niagara Falls and past the Welland Airport.

Over downtown St. Catharines on the way back: 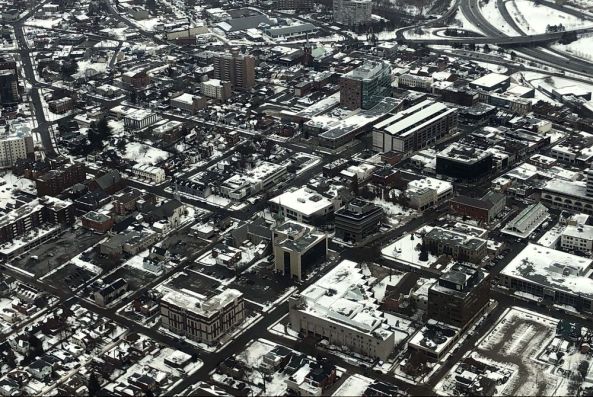 I spent the rest of the flight over the airport, doing aerobatics.  One of the first things I did was four loops in a row.  I’ve never done more than one before and I must say, the multiples were quite fun!  I did five consecutive after a bunch of other maneuvers afterwards.  As you can see, poor Squiggy ended up in the back of the plane while pointing straight up during a hammer head:

Coming in for a landing, I was relieved not to see the huge flock of birds that were tooting around the airport when I first arrived:

It was a great flight followed by a great Christmas.  I hope everyone has a rockin’ New Years tomorrow!

Today’s symptoms: I was rather fatigued and tired yesterday, but I’m sure it’s just from all of the recent excitement.  My biggest complaint today is a fairly bad headache and a lot of stabbing pain in my left hand and fingers.

I feel horrible for not posting in so long.  I have so many things on my To-Do list and not enough energy or time to do them all.  Getting there though.  Hopefully I can use my days off at Christmas to get all caught up!

I’m going to keep this one short.  Speaking of short, Mike and I took my little mother to Walmart Saturday to pick up her new microwave.  Today, we decided to have a little homecoming party for it:

We had a sparkler in a cinnamon roll in addition to the glorious signage:

I sorta feel sorry for my poor mother, as I torment her frequently.  It’s all in good loving fun though!

After the festivities at my mother’s place, we spent the afternoon with the kitties.

I’m not sure where Boo was at that time. 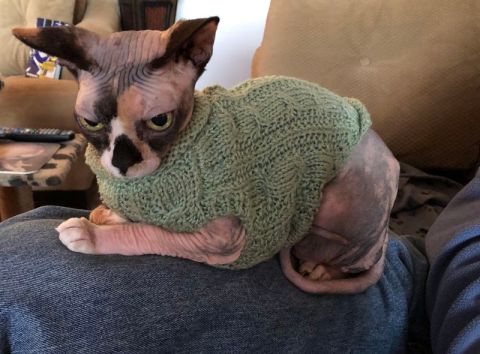 We played Forza on the xBox then watched some tv and a movie.  Nice, lazy Sunday.

I hope everyone is all ready for Christmas.  It’s hard to believe it’s in less than two weeks.  I still need to do my wrapping, which I do with my best friend every year.  It’s always a great girls’ night.

Tonight’s symptoms: I felt quite good today, which has been an rarity lately.  I love and cherish days like these.  I had enough energy to fairly easily make it through the day.  Paws crossed I have more of these, especially on Christmas!  I still have a worse-than-normal (for me) headache, which decided to make its presence known a few weeks ago.  I told it that it needs to bugger off by 2020.