I went to the casino with my adorable mother, Army buddy Ken and my Michaelkins. In brief: found a perfect parking spot. Hopped into line to pick up tickets for Lord of the Dance. We got our favourite seats. Stood in line for less than ten minutes for the buffet (Ken has Gold status, so we don’t stand in the much longer common-folk line 😬). Had an amazing meal (apart from Ken’s Nanaimo bar incident). Then we scampered promptly up to our perfect seats. The show started on time and it was amazing. From the first second, the whole show was telling a story. We were on the edge of our seats as the last ten minutes began. Something weird started happening with the sound system. It was cutting in and out and became progressively worse. Then there was a scene with a rapidly burning fire as the background. We saw flashing lights and heard what sounded like an alarm, but we thought it was part of the show. All the lights went on and we immediately began to evacuate. There was no notice on the loud speaker for almost five minutes after the alarm sounded. They said to exit the building and the show has been cancelled. Drats!!! The story involves a battle between good and evil. More than halfway through, a huge fight between the sides ensued. We knew that it would be a matter of minutes until we saw who won and what happened to one very unique character. Bloody hell!

Apparently there was a small fire on the roof. The restaurant across the street had a huge LED sign board with a steak surrounded by flames. A tad ironic.

So back to the unfinished show – now our lives will continue on, never knowing whether good defeats evil! Although I spose I could just look it up online. Hmmmm…

With lowered heads and feeling totally dejected, we sauntered over to the slots. Ken played for a bit while we wandered around the shops. After about half an hour, we headed back to Ken. I dropped $10. The thrill from pushing a button five times and losing ten bucks was indescribable. It was almost more than I could handle. Thinking to myself “How far can I fly on $10? How many aerobatic maneuvers?” Then Mike played and pulled the big one. Can’t wait for my steak dinner tonight! 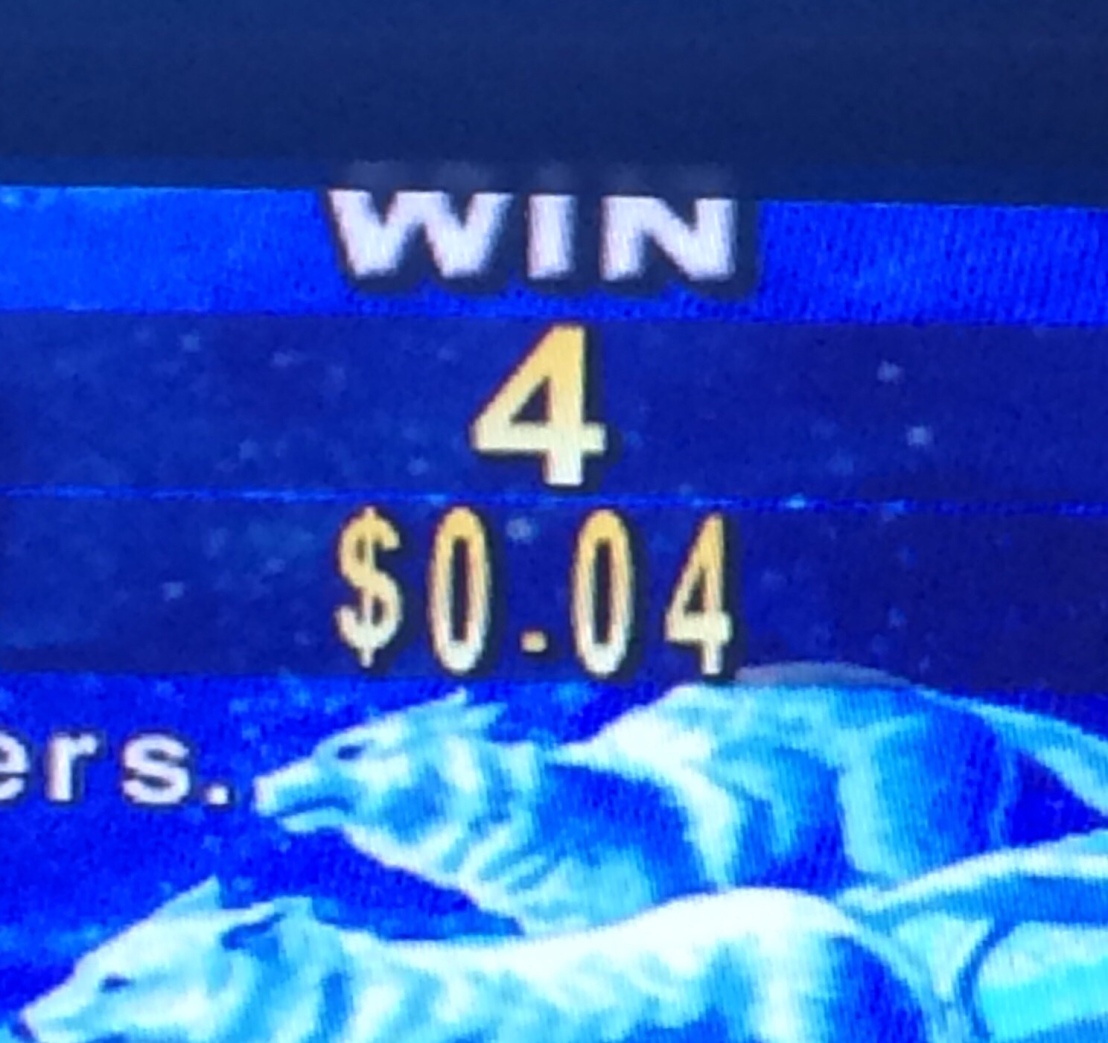 All in all, a wonderful day. Thanks again for the invite, Ken!

Today’s symptoms: I was on my pain killer which also perks me up, so I was good to go for most of the day (had to take a few more pills in between to keep me going). Bad spasms and stiffening of my left leg starting around 7:00pm. I was walking around all stiff and gimpy. It’s all good though – it builds character!