Wow, it is so cold out.  Apparently, this is the coldest day of the year. I think it’s around -17C right now, and the winds are really picking up.  I walked home from work (as I always do!) but was quite snuggly with my heated vest and warm winter coat.  It’s been super cold for too long now.  The other day, I woke up to frozen windows:

I have the heat up quite high today, for the four hairless freaks.  One of said freaks, Abby, had to go to the vet yesterday.  She’s my youngest and has been sick for most of her life.  She has inflammatory bowel disease so has been on meds for many years.  The vet at Court Animal Hospital in St. Catharines is amazing.  She spent almost an hour with us.  They have done so much research on Abby’s condition and we’ve tried so many things to help her.  The next step is to change her food again and up her meds a tad.  I was surprised that her blood work was excellent and the vet thought she looked pretty good.  Mind you, I think Abby’s overwhelming cuteness was a bit of a distraction:

She was such a good girl during the blood work and having her blood pressure taken, which was also fine.  I go pick up her new food soon, which needs to be ordered along with her specialty meds.

Mike and I both had Tuesday off so we decided to head to Niagara-On-The-Lake to wander around.  Our first stop is usually the tea room at the Irish Design shop, but they were closed to the end of the month.  Their coffee and noms are amazing so it was a bit of a let down.  Fortunately, there was an open restaurant nearby, so we stopped in for some breakkie: 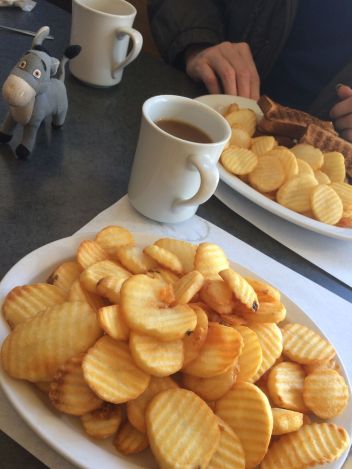 I think it’s just for the winter, but many of the shops there were closed on Monday’s and Tuesday’s.  We went into the open ones, then headed out to Costco.  That place is always so busy – it’s as busy on weekdays now as it used to be just on the weekends.  Crazy.  We went in just for some vitamins but came out with about $130 worth of stuff.  Oops!  At least we didn’t spend too much in Niagara-On-The-Lake, due to many stores being closed.  We did hit Greaves jams though and brought home a few treats: 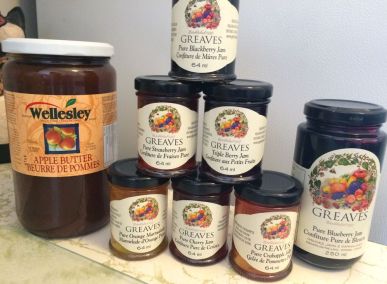 Very good jam – once you try it, you’ll never go back to regular store-bought stuff.

Back home, there weren’t too many parking spots left underground, but I was able to find a rather tight one next to the wall.  You’re welcome, Mike! 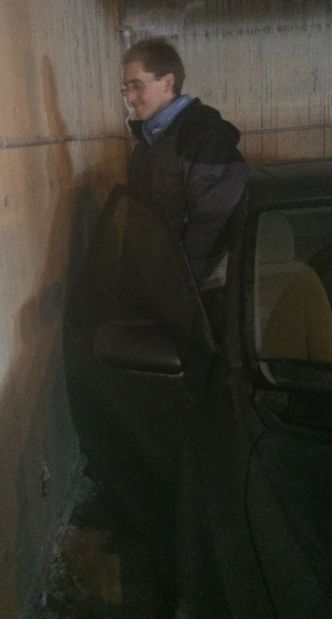 Upstairs, Abby and Mya were being exceptionally cute while warming their little paws on the heater:

Meanwhile, Peanut curled his paws backwards while eating his awesome new food I bought him:

If you even need food for a very picky gecko, try Pangea, which can be ordered from Reptiles R Us.  This is a Canadian site out of Toronto.  Peanut only seems to like crickets but he really loves this new food I originally bought at the reptile expo I went to last month.  Slurp.

Today’s symptoms: Felt pretty good energy-wise.  Still having bad crushing pains in my hands.  I’ve been through this before but it usually only last a couple days to a week or so.  This time it’s been going on for months.  Stupid MS.  Other than that, life is good!

Mike was a dork the other day and took a pic of me sleeping then put the pic on my phone as my lockscreen.  I did something equally as disturbing and changed his lockscreen a couple times.  I don’t know which is worse – the pic of my face while I’m sleeping or these lovely images:

Something equally as disturbing was this episode on Judge Judy.  This dude looked fairly calm in the beginning: 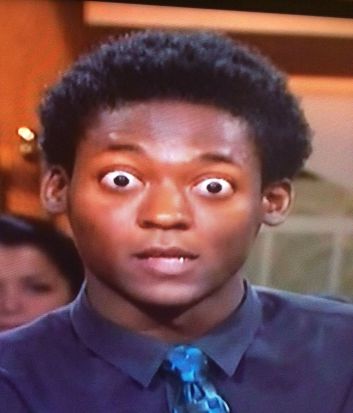 The weather today was total poopola.  I was supposed to go to Hamilton for a meeting but the roads were too bad.  It would have taken about two hours to get there.  Bummer – I was looking forward to it.  I’m supposed to go tomorrow, but we’ll see how the weather is.  Had to cancel our Recreational Aircraft Association meeting tonight as well.

Back to the awesome animals.  Mya and Abby were spooning on the couch the other day.  How cute is this:

Meanwhile, Pinky was chillin with Donkay:

Mike and I were planning on flying somewhere for breakfast this weekend, but the weather sucked then too.  We decided to head over to Walden Galleria in Niagara Falls, NY to look for clothes.  We both needed pants.  Despite the horrible exchange rate on the dollar, I think we still scored pretty big.  I got two pair of jeans for $35 and he got three pair of cargo pants for $65.  Not bad!  Due to the weather and exchange rate, the bridge into the States was pretty bare:

The weekend continued with awesomeness when we went to Cora’s for breakfast on Sunday.  Man, they’re food is so good: 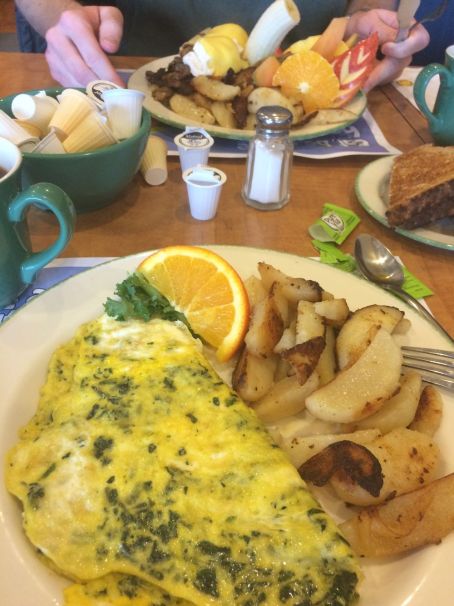 We just chilled with the kittahs and watched movies in the afternoon.  Boo was looking particularly cute that day:

Abby informed us she was cold so we quickly remedied it:

On a final note, how lazy is our society becoming?  Now we don’t even have to drain tuna:

Today’s symptoms: Felt ok energy-wise but had a really bad sinus headache.  Lots of crushing pains in my hands.  Blah.