Had a really great weekend.  Saturday, Mike and I went to visit my little mother.  On the way back home, we stopped at Reptile Kingdom on Highway 20. 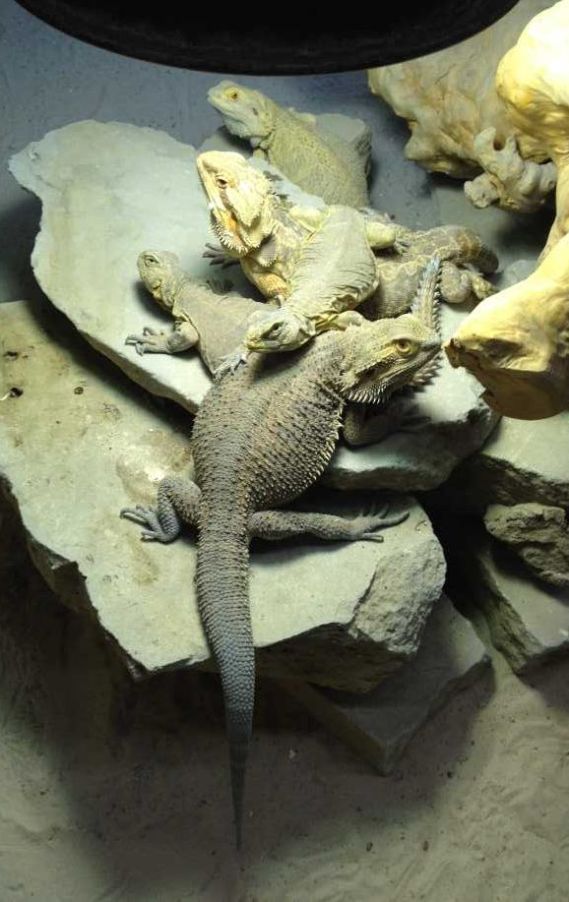 This snake was massive and looked like he recently had a good meal:

Once back home, we walked over to a store downtown, including a used bookstore on Queen Street.  I’ve walked past it many times but for some reason, never went in.  I was shocked at the number of books.  They used every square inch of that building.

Then we headed over to The Works for some burgery awesomeness.  Mike got one called Getting Piggy With It:

Bacon is our friend.

Back home, the kitties were keeping content and warm on the heater behind my bed:

Abby wasn’t being too social, but still very cute:

The weather turned out pretty good on Sunday so I flew Mike and I to Tillsonburg for breakfast.  It was a little bit bumpy on the way there but the landing was quite interesting.  It was pretty much a full crosswind landing.  I haven’t had to fight that hard to land in a very long time.  Fortunately, it was a nice touch down – which was a relief when we noticed how many people were watching from the restaurant.  We parked Vyctor just outside the door and headed in for noms:

As usual, Donkay joined us on the flight:

It was a nice flight home, after which we bid Vyc farewell:

I hope to see him again soon.

Today’s symptoms:  After a lot of running around this weekend, I’m much more fatigued today than usual – totally worth it though!  Aches and pains are average.